Take note of the information I collect about you. Questions regarding the handling of your information is answered here, including: 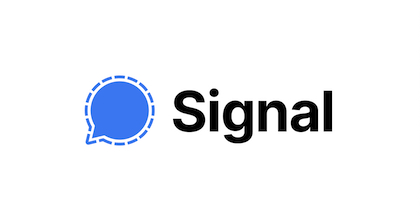 (I do not use the popular app since it collects personal data).

You can read my social media policy by clicking here.

309.81 Posttraumatic Stress
Disorder
Diagnostic
FeaturesThe essential features of Posttraumatic Stress Disorder is the development of characteristic symptoms following exposure to an extreme traumatic stressor involving direct personal
experience of an event that involves actual or threatened death or serious injury, or other threat to one’s physical integrity; or witnessing an event that involves death, injury, or a threat to another person; or learning about unexpected or violent death, serious harm, or threat of death or injury experienced by a family member or other close associate (Criterion A1). The person’s response to the event must involve intense fear, helplessness, or horror (or in children, the response must involve disorganized or agitated behavior) (Criterion A2). The characteristic symptoms resulting from the exposure to the extreme trauma include persistent reexperiencing of the traumatic event (Criterion B), persistent avoidance of stimuli associated with the trauma and numbing of general responsiveness (Criterion C), and persistent symptoms of increased arousal (Criterion D). The full symptom picture must be present for more than 1 month (Criterion E), and the disturbance must cause clinically significant distress or impairment in social, occupational, or other important areas of functioning.

Traumatic events that are experienced directly include, but are not limited to, military combat, violent personal assault (sexual assault, physical attack, robbery, mugging), being kidnapped, being taken hostage, terrorist attack, torture, incarceration as a prisoner of war or in a concentration camp, natural or manmade disasters, severe automobile accidents, or being diagnosed with a life-threatening illness. For children, sexually traumatic events may include developmentally inappropriate sexual experiences without threatened violence or assault. Witnessed events include, but are not limited to, observing the serious injury or unnatural death of another person due to violent assault, accident, war, or disaster or unexpectedly witnessing a dead body or body parts. Events experienced by others that are learned about include, but are not limited to violent personal assault, serious accident, or serious injury experienced by a family member or a close friend; learning about the sudden unexpected death of a family member or a close friend; or learning that one’s child has a life-threatening disease. The disorder may be especially severe or long lasting when the stressor is of human design (e.g. tortune, rape). The likelihood of developing the disorder may increase as the intensity of and physical proximity to the stressor increase.

The traumatic events can be reexperienced in various ways. Commonly the person has recurrent and intrusive recollections of the event (Criterion B1) or recurrent distressing dreams during which the event is replayed. (Criterion B2). In rare instances, the person experiences dissociative states that last from a few seconds to several hours, or even days, during which components of the event are relived and the person behaves as though experiencing the event at the moment (Criterion B3). Intense psychological distress (Criterion B4) or physiological reactivity (Criterion B5) often occurs when the person is
exposed to triggering events that resemble or symbolize an aspect of the traumatic event (e.g., anniversaries of the traumatic event; cold, snowy weather or uniformed guards for survivors of death camps in cold climates; hot, humid weather for combat veterans of the South Pacific; entering any elevator for a woman who was raped in an elevator).

Stimuli associated with the trauma are persistently avoided. The person commonly makes deliberate efforts to avoid thoughts, feelings, or conversations about the traumatic event (Criterion C1) and to
avoid activities, situations, or people who arouse recollections of it (Criterion C2). This avoidance of reminders may include amnesia for an important aspect of the traumatic event (Criterion C3).
the external world, referred to as “psychic numbing” or “emotional anesthesia” usually begins soon after the traumatic event. The individual may complain of having markedly diminished interest in previously enjoyed activities (Criterion C4), of feeling detached or estranged from other people (Criterion C5), or of having a markedly reduced ability to feel emotions (especially those associated with intimacy, tenderness, and sexuality) (Criterion C6). The individual may have a sense of a foreshortened future (e.g., not expecting to have a career, marriage, children, or a normal life span) (Criterion
C7).

The individual has persistent symptoms of anxiety or increased arousal that were not present before the trauma. These symptoms may include difficulty falling or staying asleep that may be due to recurrent nightmares during which the traumatic event is relived (Criterion D1), hypervigilance (Criterion D4), and exaggerated startle response or difficulty concentrating or completing tasks (Criterion D3).

The following may be used to specify onset and duration of the symptoms of Posttraumatic Stress Disorder:

Associated descriptive features and mental disorders. Individuals with Posttraumatic Stress Disorder may describe painful guilt feelings about surviving when others did not survive or about the things they had to do to survive. Phobic avoidance of situations or activities that resemble or symbolize the original trauma may interfere with interpersonal relationships and lead to marital conflict,
divorce, or loss of job. The following associated constellation of symptoms may occur and are more commonly seen in association with an interpersonal stressor (e.g., childhood sexual or physical abuse), domestic battering, being taken hostage, incarceration as a prisoner of war or in a concentration camp, torture): impaired affect modulation; self-destructive and impulsive behavior; dissociative
symptoms; somatic complaints; feelings of ineffectiveness, shame, despair, or hopelessness; feeling permanently damaged; a loss of previously sustained beliefs; hostility; social withdrawal; feeling constantly threatened; impaired relationships with others; or a change from the individual’s previous personality characteristics.

There may be increased risk of Panic Disorder, Agoraphobia, Obsessive-Compulsive Disorder, Social Phobia, Specific Phobia, Major Depressive Disorder, Somatization Disorder, and Substance-Related Disorders. It is not known to what extent these disorders precede or follow the onset of Posttraumatic Stress Disorder.

Individuals who have recently emigrated for areas of
considerable social unrest and civil conflict may have
elevated rates of Posttraumatic Stress Disorder. Such
individuals may be especially reluctant to divulge
experiences of torture and trauma due to their vulnerable
political status. Specific assessments of traumatic
experiences are needed for such individuals.

In younger children,
distressing dreams of the event may, within several weeks,
change into generalized nightmares of monsters, of rescuing
others, or of threats to self or others. Young children
usually do not have the sense that they are reliving the
past; rather, the reliving of the trauma may occur through
repetitive play (e.g.), a child who was involved in a serious
automobile accident repeatedly reenacts car crashes with toy
cars). Because it may be difficult for children to report
diminished interest in significant activities and
constriction of affect, these symptoms should be carefully
evaluated with reports from parents, teachers, and other
observers. In children, the sense of a foreshortened future
may be evidenced by the belief that life will be too short to
include becoming an adult. There may be “omen
formation”-that is, belief in an ability to foresee
future untoward events. Children may also exhibit various
physical symptoms, such as stomachaches and headaches.

Community-based studies reveal a lifetime prevalence for
Posttraumatic Stress Disorder ranging from 1% to 14%, with
the variability related to methods of ascertainment and the
population sampled. Studies of at-risk individuals (e.g.,
combat veterans, victims of volcanic eruptions or criminal
violence) have yielded prevalence rates ranging from 3% to
58%.

Posttraumatic Stress Disorder can occur at any age,
including childhood. Symptoms usually begin within the first
three months after the trauma, although there may be a delay
of months, or even years, before symptoms appear. Frequently
the disturbance initially meets criteria for Acute Stress
Disorder (see p. 429) in the immediate aftermath of the
trauma. The symptoms of the disorder and the relative
predominance of reexperiencing, avoidance, and hyperarousal
symptoms may vary over time. Duration of the symptoms varies,
with complete recovery occurring within three months in
approximately half of cases, with many others having
persisting symptoms for longer than 12 months after the
trauma.

The severity,
duration, and proximity of an individual’s exposure to the
traumatic event are the most important factors affecting the
likelihood of developing this disorder. There is some
evidence that social supports, family history, childhood
experiences, personality variables, and preexisting mental
disorders may influence the development of Posttraumatic
Stress Disorder. This disorder can develop in individuals
without any predisposing conditions, particularly if the
stressor is especially extreme.

In
Obsessive-Compulsive Disorder, there are recurrent
intrusive thoughts, but these are experienced as
inappropriate and are not related to an experienced traumatic
event. Flashbacks in Posttraumatic Stress Disorder must be
distinguished from illusions, hallucinations, and other
perceptual disturbances that may occur in Schizophrenia,
other Psychotic Disorders, Mood Disorder with Psychotic
Features, a delirium, Substance-Induced Disorders, and
Psychotic Disorders Due to a General Medical
Condition.

Malingering
should be ruled out in those situations in which financial
remuneration, benefit eligibility, and forensic
determinations play a role.